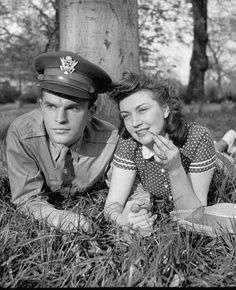 UK Ex-Pats living in the USA. A lost friend from England. Reuniting USA Ex-Pats who once lived in the United Kingdom. Reconnecting with a long-lost buddy lost girlfriend or a lost sweetheart.

American Ex-Pats Do you today still miss that long-lost special English girlfriend, special love, boyfriend or old buddy left behind? The one you abandoned departing from England to return to the USA? More often than not we can actually find them again for you.

Of course no doubt unrecognisable from that youthful image your memory retains. But for our American clients that is mainly irrelevant. Conversely, let’s face it, their appearance has altered too. What is sought here is far more than superficial aspects much deeper and from the heart.

Equally, were you an American living in England post-war?

American citizens once lived in England.

Want to reunite with a lost buddy or an old sweetheart a special girlfriend whom you met in those magical times back in England during the 1950s and ’60s? American servicemen posted in England post-WWII was there anyone in particular that left an abiding impression on you? We go about the task of finding them for you.

One huge regret we have is, we are too late to reunite many from our greatest generation. If only the internet and digital era had arrived earlier! 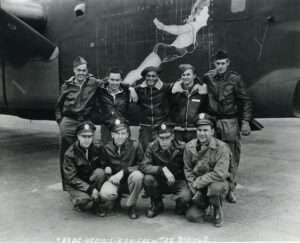 Those brave airmen from the US 8th USAAF who were stationed in the UK. Many of whom found love with an English girl. We are desperately sorry time dictates we are too late to reconnect them. God bless you, boys!

We see photos of all those happy smiling faces of US servicemen back in London during 1945. So sad, that today, they are nearly all no longer with us.

The epitome of the era was the magnificent Boeing B17 G flying fortress. Thundering across the skies of England, day after day. The unforgettable sound of those 4 engines powered by  Wright Cyclone. See it on start up- youtube click here

Champagne bathing in the serpentine

With an arm around the lovely English young girl you just met.

We are hugely frustrated even angered that “father time” has cheated those guys from the WWII era an opportunity to ever see their sweetheart ever again.

By contrast, today, with the younger post-war generations it’s possible to reunite them. Not to mention reuniting UK Ex-Pats living in the USA is what we do.

Moving away from WWII

Reconnecting British American friendships romances many of which evolved during the post-war era.

From the late 1940s to the late 1960s we saw in England a steady stream of US citizens making England their temporary home.

By and large, this was attributable to the large number of U.S. air bases scattered around the country.

Many were established during WW2

In conjunction with the RAF in order to accommodate the 8th Air Force. 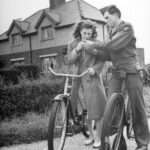 During the 50s and 60s, a number of these bases remained operational. Either to house the new generation of nuclear deterrent aircraft, such as the “Avro” Vulcan.

While others were deployed as listening posts. Primarily designed to monitor what was going on behind the “iron curtain.” The most prominent bases were Upper Heyford, Alconbury and Mildenhall.

RAF Chicksands. Around that time this author himself grew up in Luton which was very close to a USAF/RAF “listening post” named Chicksands

The base never housed any aircraft and to us kids, at that time it was all a mystery. A barbed-wire perimeter was installed, guards were stationed at the gates with Alsatian dogs. Nobody was allowed in or out apart from deliveries and station personnel. The exception was once a year when they held an open day.

So all us locals knew of the “Yanks” at Chicksands. To us kids we were struck by how kind, and friendly they all were.

was awash with American air force personnel. To us kids no more than age 14 or so used to hover outside the local pubs, waiting for some American servicemen to pass. Waiting to pounce in order that we might purloin either a “Pall Mall” or “Lucky Strike” cigarette off of them.

Usually, Friday evenings ended in fisticuffs often with the Irish community. Locally known as “navvies” who were there in large numbers to help build the M.I. Absolute “salt of the earth” I hasten to add.

The big rivalry between the two factions typically ended without anyone being seriously hurt and a handshake ensued and- “see you next week”. The Irish being a grand set of people until they had a few Guinness’s down them..ha ha. 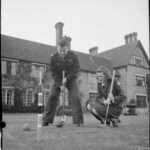 Another dimension during this era was the number of local romances that ensued between the American servicemen and local girls.

Some were just teenage flings others were more serious. Many Luton girls finished up emigrating returning with their men to the USA becoming GI. bride.

But sadly many of these relationships at the time were superficial, and it was perceived to be cool to move on to the next conquest.

As the years go by many of those wild teenagers

Are now of course in their 70s and 80s. Often find themselves today living alone. Many are engulfed in a sense of deep sadness tinged with regrets. Berating themselves as to how they shamefully behaved back in 1959. That lovely “English Rose” who adored you and would do anything for me, was perhaps not treated with the respect they deserved.

Of course, role models in those days such as James Dean demonstrated a “treat them mean” approach. Being a naive 19-year-old, typically going along with it just to appear to be acting tough.

Finding my English Rose again. Conversely, although not so typically, we are sometimes approached by English girls from that era, who let their sweetheart from the USA go home without them. Remorse and ask questions such as “what if” and “if only”.

Today we at Friends Reconnected have experienced a big upturn in interest to reconnect with those lost sweethearts from the U.K during that era.

Not all were servicemen many Americans made London their home during the wild 1960s hippie era. Hyde Park, Woodstock, Camden and smoking grass. Today all serious and mundane grandparents. Well, on the outside anyway.

Today many from that long-gone 1950s/1960s Yankee invasion era are prepared to move heaven and earth, just to say hello to their “English Rose” once more.

What we do say to our enquirers of a certain age from the USA is, that the English Rose you remember might of course today look somewhat different.

The answer is “we don’t give a damn” she will always be my little sweetheart regardless… which is wonderful for us to hear. They want to say “I am sorry for letting you down-I was young stupid and naive”…..yes we’ve all been there! Lastly, we hear logically “we have aged considerably too”.

So, there we are. Let’s go find them!