World War II refugees displaced people what do we do here? Our very best to find them. 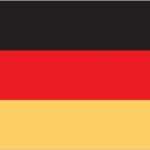 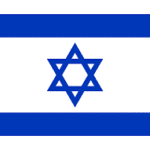 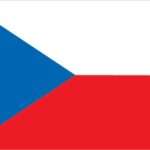 Support in searching for Post WWII displaced persons and Descendents

Tracing displaced refugees and descendants in the aftermath of World War II.

Yes, we are aware many of this generation are now deceased.

Qorld War II refugees and displaced People. Although today, there are a dwindling numbers of Post WWII displaced persons are still alive  (many were aged only five in 1945, so they are still with us in numbers) We are proud to be there for them. 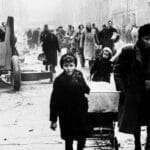 Yes we could not do this without outside help. World War II refugees. In the aftermath – Post World War II, there were literally millions of displaced persons lost and scattered all around Europe. We are delighted to announce an excitingly new, but challenging service project,relating to these lost people.

Refugee and displaced People Post WWII tracing service. Created in conjunction with the esteemed Russian International people Tracing, and Detective Agency, Messrs. Svitov & Partners English version. A very good fit for what we are about.

After extensive dialogue with Svitov and Partners, we have agreed on a joint venture agreement to help/cooperate in tracking down some of these sad and lost people. Individuals, who were never reunited with their families/or close relatives post World War II.

Post-WWII displaced persons. Individuals who in 1945 found themselves stateless, homeless, and with no particular place to go.

We hasten to add there is already a fantastic service set up by the Red Cross which provides support https://www.icrc.org/en/document/international-tracing-service-and-icrc But to all intents and purposes ended in 2008. 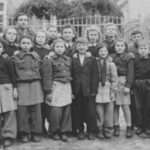 Class portrait of school children at Schauenstein DP camp, about 1946 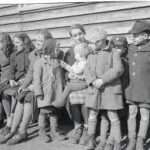 We would not be arrogant and claim we can match the Red Cross in the search of Post World War II displaced persons. However, there does seem to be some small cracks that we may be able to fill in.

Often those overlooked were in fact, German citizens. Those who lost both parents and were forced to vanish during the war. Many in the aftermath were separated by the East-West split.

Yes, German children were in the same predicament as other nationals at the end of World War 2. But of course they were not prioritised for reasons of understandable hostility towards Germany. So, we are here for them today!

We acknowledge some of these searches will fail.

The reason being there is a myriad of highly challenging obstacles to circumvent here. Apart from old age getting in the way, unbeknown to the survivors many of their relatives perished in concentration camps.

Many were tortured to death and others for various reasons just simply vanished. The backgrounds of these people today are very patchy, and in others, there is no info at all. Country boundaries/borders changed for example parts of Poland; merged into Germany and Russia, and it was total bedlam. Added to this, by1948 large chunks of Europe were absorbed into the Soviet Bloc.

Your past was often eradicated and files destroyed. Many were sent to forced labour camps never to be seen again. Nobody was around to challenge or dispute what was going on. Most were simply tagged as undesirable, so no recourse for them. Just carry on with the forced labour until you drop dead. No records of their existence or indeed their death.

However, there are today still millions of people mainly descendants living somewhere in Europe.Those who sadly never ever saw one single member of their family.

Frustratingly living without knowing all along that at one time they did have a family. Today, If any survivedthey could be scattered anywhere across the globe.

We have decided to pursue these types of cases despite knowing these complex trace assignments often involve “out of the box” thinking.

Whether it be finding post-world war two refugees or their descendants it’s very challenging indeed. We have discovered there are quite a number of unsolved cases even today, of surviving elderly people who in 1945 were classed as displaced persons.

Where do our international people tracer services cover?

Not to mention our regular overseas traces, generally, people tracing in farther afield locations, such as the USA, Canada, Australia and New Zealand.

We recognise and accept there may not be any demand for this particular service. Yes, we may have got it wrong. So be it, but we felt we should at least give it a go.

If we can reunite just one family it would be more than worthwhile. We know what you are thinking next: “how much is this all going to cost?”

We can only say realistically it’s more likely to be in the thousand than hundreds. But right now we don’t know! Actually, there is currently funding from the German Government, but it’s due to expire in 2023.

So, here we have to redouble our efforts. For the time being our services will remain free of charge.

Anyone who is searching for a person/s lost/missing from this era please get in touch.