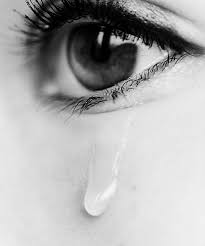 A Friend from your distant past!

Lost Friends finding. Although a very tough call if you really want it – we can and do, find them. We provide UK People Finder professional services.

To Find Lost Friends Why’s and the reasons behind it.

As the years roll by usually we marry and raise our children. Dote on our own grandchildren etc.etc. At the same time, we are ourselves moving inexorably forward towards old age and retirement.

Many people at this stage of their lives are often bewildered at how many things have changed and feeling left behind.

People Tracing and the younger generation…Phew!

Feeling out of place with their retro perspectives and views on life. They find very little in common with them.

It leaves the older generation bemused by it all. Moreover, they for sure would never adopt such phrases.

Our older generation often finds themselves disinterested in today’s shallow and narrow mindedness around them. This prompts them more, into going into the reminisce phase. Musing on where they were, and what they were doing 40 years ago. In particular, thinking back to those wonderful friends, lost along the way.

What happened to those very precious long lost friends? That extra-special one (strongly etched in the memory bank) but lost in the passage of time.

People whom they once shared part of their lives. Gone but not forgotten. Oh, to just be able to reach out again and say hello!

Their value and importance seem to increase, although tinged with a sadness that they are probably lost forever through the passages of time. These memories can be quite haunting and simply refuses to go away.

Most people treat these memories as-just that….”fond memories. Naturally just putting it to one side, and getting on with their daily lives. With only the occasional fleeting thoughts towards, a memory rewind. Blissfully wandering back into their past again.

For them reminiscing is simply just not enough. There exists a powerful need to revisit that once a very special person, and the places where you first met.

People assure us, and we believe them no matter how much someone has physically changed, it’s not an issue. It’s more about the person within.

They say they don’t care how they look its more about the person inside whom they want to reconnect with.

We know that with age comes thinning hair, spreading midriffs, eye bags, double chins etc. However, at the end of the day, it’s still that same person inside.

Nevertheless, we are convinced many people do not wish to reconnect with a former sweetheart, mainly due to feeling they have lost their good looks.

A mixture of embarrassment, self-consciousness, and preferring to be remembered how they looked 40 years ago. Very sad, but that’s life.

But for many others that person who was once so special t40 years ago still-is.

Irrespective and regardless of appearances. In their eyes, you are still the same as you. The eyes never change (window to the soul) even though everything else possibly has.

To eagerly recall all those precious times and places once shared together. To fill in the numerous Memory blanks. In some cases, a personal “ego trip” to reassure themselves how well they have aged in appearance, by making comparisons with their old friends.

We are told by psychologists, each occasion people revisit their distant past new memory elements spring to life.

Often returning to the same location, seems to trigger the memory. For example, if in 1962 you had a wonderful day out together in Clacton On Sea, then why not revisit it again together.

You may well be able to add many other hitherto forgotten elements. Events surrounding the whole era long gone.

The 1960s, for example, we had the Rolling Stones

When you do, find your lost friend be curious but not over-pushy. Ask things like: Has life been kind to them?

Have they been successful, healthy, happy, and affluent? Or has fate dished out a bad hand? What about the health of their family. Any grandkids, political persuasions etc. etc.  Did you ever think about me as well sometimes?

We have learned generally, motives are quite harmless (no marriage breakers). The most significant and often quoted reasons are:- huge regrets and then to apologise. “Sorry”, is used so often when one side feels they let the other party down.’

Reconnecting with an old flame at this late stage in life.

Most seek no more than to just forge a link of some sort. Actually whatever the other party is comfortable with.

Perhaps- an exchange of letters, or a phone chat. Maybe an occasionally “!meet up” for coffee, or revisiting a memorable special place for them both.

Being in the autumn of their lives, some people secretly harbour a hope that at some point to rekindle the relationship. None wish to break happy families but, if prevailing circumstances permit such as divorce/ death of a spouse, then, they might respectfully offer to become their special friend again in whatever capacity.

Many of our enquirers who are themselves in their 60’s or 70’s have sadly lost their partner. Often their old flame is in the same situation. For us, it’s great whenever we have been able to put them together again. (Playing Cupid)

Be prepared for disappointment. There is at least a 50% chance the other party will not respond. Be aware that both of you have changed a lot. That once young wild-child left-wing ‘Trotsky’ might today be something totally different.

For example: SADLY- often in the case of ladies a changing appearance (ageing) (we are told) is the reason for them not wishing to link up again. Here below are two images of theoretically the same person one in 1967 and the other in 2020. To me as the author of this article, I would be equally happy to see that person again now, as 50 years ago. Also, let’s face it I don’t have my Brad Pitt looks anymore. 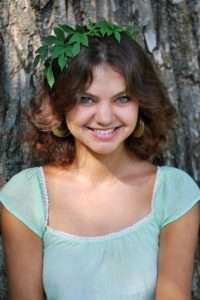 Embarrassed as to how you look now when meeting a long – lost love?

Be committed to the renewal of friendship. There is nothing worse than raising a person’s spirits and then dropping them after a couple of letters/phone calls. This does happen quite often. After the initial euphoria and ‘big time’ catching up where do go from there? They become no more than another entry in your Facebook or email,.

From a personal note when Finding lost friends.

Our generation remembers so well the Paulines, Carols. Sheila’s, Margarets. Janes, Maureen’s, Sandra’s, Mary’s. A reflection of the baby boomer post world war two. The names mums and dads gave us during that valiant era. God bless all those mums and dads no longer with us.