Find a person in the UK

How to find a person in the UK

Find a person in the UK from your distant past. People finders is our market niche. When attempting to trace a person have produced some helpful tips for you. Advice put together by our specialist people tracer named John. Are you hoping to trace someone who was once your very first true friend? Great, we love this particular kind of search!

It could for example be an old school best pal, childhood sweetheart, a first teenage crush, first love, or one of your best lifetime friends. We have also found old friends from military services and work buddies too. Basically, nothing is ruled out! 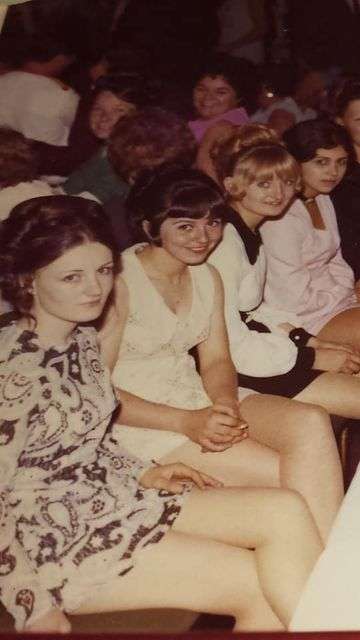 Teens of the 1960s. Long time ago but not forgotten.

To find a person

Group of happy teens from the 1960s era. The image above shows how much things have changed. Here we see a fresh-faced natural beauty reflecting a cuteness and sweet enchanting innocence. Something rarely witnessed nowadays much the pity, in this author’s opinion.

Instead, today unfortunately in contrast we see virtually fake everything. Grotesque inflated chemically enhanced lips..ugh! Hair extension so overdone they look similar to a “Lion” with a huge mane. Everyone can see the artificial hair has simply been stuck on.

Perhaps instead they might be better investing to enhance the appearance of their teeth. Now that’s one enhancement well worthwhile and done well, can last a lifetime and forever makes you stand out from the crowd. But no, they would sooner invest/squander money on purchasing enhanced size breast made of silicone.

In their shallow world of too much watching trashy TV programmes such as Love Island leaving them feeling left out, and denied if they don’t look similar to these roles models-heaven forbid! These plastic artificial breast enhancers are considered by these gullible’s will make them more attractive to the opposite sex.

Very shallow in this author’s opinion and reeking of insecurity on the part of the individual, and at the same time making a terrible statement: look I bought my boob they are not really mine!

Young girls of today probably think they look great, and are envious.

But conversely, today’s “older ladies” generation probably think they look hideous. Struggling to grasp why on earth would anyone put themselves under a plastic surgeon’s knife just to enhance the size of their breast? It seems to us like placing themselves into a cattle market where the biggest breast is the prize draw.

With the group of young ladies from the 1960s era “what you see is what you get” no unexpected surprises. We note one “minus here” the young lady holding a cigarette on open display. Nevertheless, that’s how it was in those days with almost all young people-smoking!

As always to find a person not seen in many years is usually a very challenging task. Especially when 40 years or more has elapsed. But that’s precisely our role and what we do. Occasionally if we strike lucky we might achieve a good result without the usual 30 hours of hard work, but a rarity.

Usually we spend hours on end initially going down a rake of blind-alley. Just when you begin to feel the elation of a breakthrough, it then comes back to kick you in the teeth.

But we do not see it that way as every wrong move will eventually nudge/lead us to the right one. Rather like a process of elimination and without the wrong move, you would not discover the right one.

We would be delighted to assist you in tracing that person. Let’s face it with people living much longer lives these days they are still probably out there somewhere today. A small handful of special friends who once touched your life out there, but you don’t know where. People whom to this day you really do truly treasure their memory.

These special and memorable cherished pals/loves

To find someone is like re-running the past. They are today’s surreal friends there is a connection but nothing which can be seen as real and tangible. That is one of the most frustrating things when pining for lost friends from long ago.

Find someone in the UK. So many obstacles, not to mention the crucial question where are they living today? Is there a contact number. Email, or WhatsApp.

Of course the big question is can we pick up from where we left off? To be perfectly honest it’s going to be a tough challenge and with no more than a 50% of a successful reunion.

Why is that you may well ask? You are no longer that fresh-faced 18-year-old full of bizarre ideas and perception about how you will be going to change the world.

Most of those noble but somewhat naïve philosophies become trampled upon within the daily grind of earning a living. Kids to take care of, or maybe grandchildren to focus upon.

Basically you are isolated nowadays, from that carefree uncluttered thinking era from so long ago. Bringing a person you met in those uncluttered free thinking era of yesterday into your world of today could be bad-news!

Basically and fundamental you have both changed. Much of your youthful ideology and the free spirit you enjoyed then has been replaced with cynicism and elements of suspicion.

Not surprising after experiencing the school of life’s hard knocks. Arguments could ensue in totally different dimensions to what was important back in the 1960s. Often driven by strong political views inflicted upon people by the various media seen today.

None of this was of the slightest interest back in the 1960s when you both attended a “Woodstock” Concert with a bunch of Hippies. Dabbling in a “bit of weed” maybe?

Here are one or two of a million: work, family ties (time), travel distance between you. Not to mention a feeling of embarrassment at being the one who allowed the friends to slide away.

This can make us feel we are going to make complete fools of ourselves. Culminating in revenge which will be swiftly inflicted upon us. They will revel in getting  their own back and more important not wishing to gather the friendship again.

Sadly these negative feeling are often stronger than the positives. But look at it another way, rekindling a once so special friend is worth the risk of an attempted failure. Anyway, apart from yourself who is going to know about your failure!

Nobody can predict how these rekindling’s will work out?

We suggest if it happens just let it evolve in a not forceful way.

A kind of new blank canvas inextricably intertwined with your shared past. Which will re-evolve as you rebuild bridges.

However, do not totally harp on the past and droning on about what happened when you were together ago.

Yes, it’s very nice, but we suggest do not become fixated on the past. For some people it can be like an overdose and can become boring if you are not careful. We suggest a mix and match of the old and the new. Also do leave something in reserve for the next encounter.

Where they are in life and what they are doing. Inevitably this tends to lead us on to what has happened since you were last in contact. Again be considerate and let the subject evolve naturally in conversation.

You also need to be careful not to tread on any raw nerves. It’s for sure a charged emotional experience which can easily go awry with just one false move. Especially if you were the perpetrator/villain in the previous relationship. Humility and kindness can take you a long way.

We can think of one particular case where the friendship was fractured by a 15 years gap. However, the second time around its thankfully looking good. Actually this time it’s lasted 10 years already.

One golden warning we can give is not to use clichés

Such as ‘we really must arrange to meet up’ again. It’s slightly dismissive, off-hand and leaves it open to misinterpretation and could be perceived as a gentle brush-off. Leaving a non-commitment to actually and really meet up again. If that was not your intention you could be giving out wrong vibes once again.

What about Social Media? How to find a person?

It leaves people unsure if there is any genuine commitments. We all know that “liking” on Facebook or Instagram means you will probably never hear from them again.

It’s too easy, and smacks of laziness and a feeling of I “have I done enough?” Shows a lack of genuine interest, and you are not fussed either way.

They stand long term silences, and never fearing the worst in that person. After all you have been with them as they grew up. You know each other inside and out.

Knowing the historical background, family history, recollections of pranks and mischief you both got up to, which are unique just between the two of you.

Nostalgia is a potent force invoking so many emotions and mutual social connectivity. The pluses by far outweigh the minuses, don’t let that second chance go away.

So, you have decided to give it a try to find a person?

We suggest beginning with an old-fashioned snail mail letter. It demonstrates a seriousness on your part and not just another boring email.

We have learned that you should NOT begin with an apology. Saying ‘I am sorry’ doesn’t start you off on a good footing.

Such as this one you might say..lol! About discussing how you perceive it all went wrong? But be open frank and honest.

Pointing out that despite all those intervening years since last in each other’s company, you would love nothing more than to see them again.

If it was your fault invite them to berate you for it. As more important in all this is you getting back together again.

Are you ready for the adventure to find a person? In any event good luck.

How to find old school friends?

Reconnecting with a long-lost love

Why does an old flame contacts you?

How can I find someone I lost touch with?

How to find an old girlfriend?

How to find someone in the UK?

How to find a lost friend in England?