Was a popular term used to describe the British immigrants to Australia who arrived under the ‘assisted passage’ scheme. We reconnect all those in England to Australia, and vice-versa! 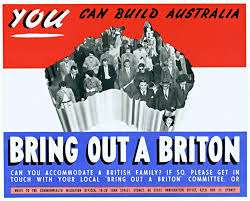 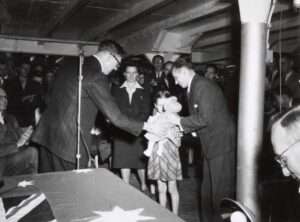 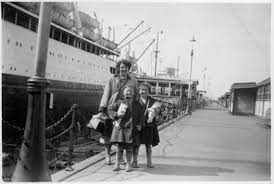 Reconnection you with lost friends.

Helping you find your old friends from the past.

Australia-UK-ex-Pats Reconnecting you. The question?….how are we finding it, are we successful? We are doing OK but could do better.

What’s the biggest drawback to us securing new clients?

We reckon it’s an understandable fear and reluctance in sending us a payment of a sum of money without any recourse.

There are so many scammer stories flying around these days, understandably we are often greeted with suspicion.

We “get it” and would be the same if the boot was on the other foot. Especially when not only has the money left the safety of your bank account, but also ended up on the other side of the world. We do have a UK ex-pat living in Australia who would be more than happy to confirm the integrity of our service. Ask for Lynda Martin.

We digress and back to the main message.

Back in England during the 1950s this author remembers being disappointed at losing so many school friends exiting for Australia.

Those childhood school friends were seen through the eyes of a child as loyal and forever by your side. To suddenly arrive back at school after a term break to discover they were no longer there, was quite devastating.

It felt like a betrayal-“how could they do such a thing.”

I guess one of life first reality lessons. I recall one day I was playing over the field’s cowboys and Indians with my best mate the next, he was gone forever. There never seemed to be any goodbyes or similar they just went-vanished. In a way, it was probably the best bet.

Of course when age 10 or 11 you quickly get over it and move on. Nevertheless, the memories are tinged with sadness which lingers forever. Often I have flashes and occasional dreams of the times we played together, and an enduring image of how they once looked.

Where it was a childhood sweetheart situation, the feeling was even worse. The wicked parent snatched them away from me whisking them to the other side of the world. Here is a useful link to passengers on all ships who emigrated to Australia and New Zealand.

Keep in touch with lost friends in those days.

It had an unforgettable signature tune “with a song in my heart” played by Andre Kostelanetz orchestra. Click here to play it. Remember the voice of Jean Metcalfe? What about her husband Cliff Michelmore (Squadron Leader Michelmore) whom most of us of a certain age, remember.

Anyway enough of the daydreaming! Despite the traumatic loss of long term friends to the Lure of Australia, it’s possible today quite often to reconnect you with them once again. Something which would not have been possible pre-internet and digital technology era.

So many of those hitherto lost forever friends we can actually and really reconnect you with again. Both by digital and video links. This would have been science fiction stuff back in the1950/’60s.

The demand we receive is from UK ex-pats living in Australia.  Wishing to find an old school friend, chum, or sweetheart from the UK. Indeed, as time goes by if anything demand is increasing which is lovely. From our perspective, we are happy to announce in most cases we succeed in finding those old friends.

Australia-UK-ex-Pats Reconnecting you is something we take great pleasure from and long may it continue.